It's officially Awards season, and if last week's announcement of the Oscar nominees didn't get you excited for this year's Academy Awards, we're not sure what will. Well, wait, actually- we do! Ster Kinekor will be turning the temperature up this Oscar season by showing all of the hottest Academy Nominated films, including all 9 films that are nominated for this year's Best Picture Award.

“We are delighted to announce that all nine of the films announced today as contenders for Best Picture at this year’s Academy Awards, are on the Ster-Kinekor circuit. Some were released towards the end of last year, some are currently playing and others will be released over the next two months. This is a true testament to the fact that we have access to the very best commercial and art-house films, and that the only way to appreciate them fully is by watching them on one of our big screens,”

The fun doesn't stop there. Ster Kinekor have released an Oscar Buzz trivia competition via their Facebook page- you can see the details of it below. Are you the ultimate Oscar-Boffin? Test your skills and find out! Clicking the picture below will take you to the Oscar buzz game on the official Cinema Nouveau Facebook page. 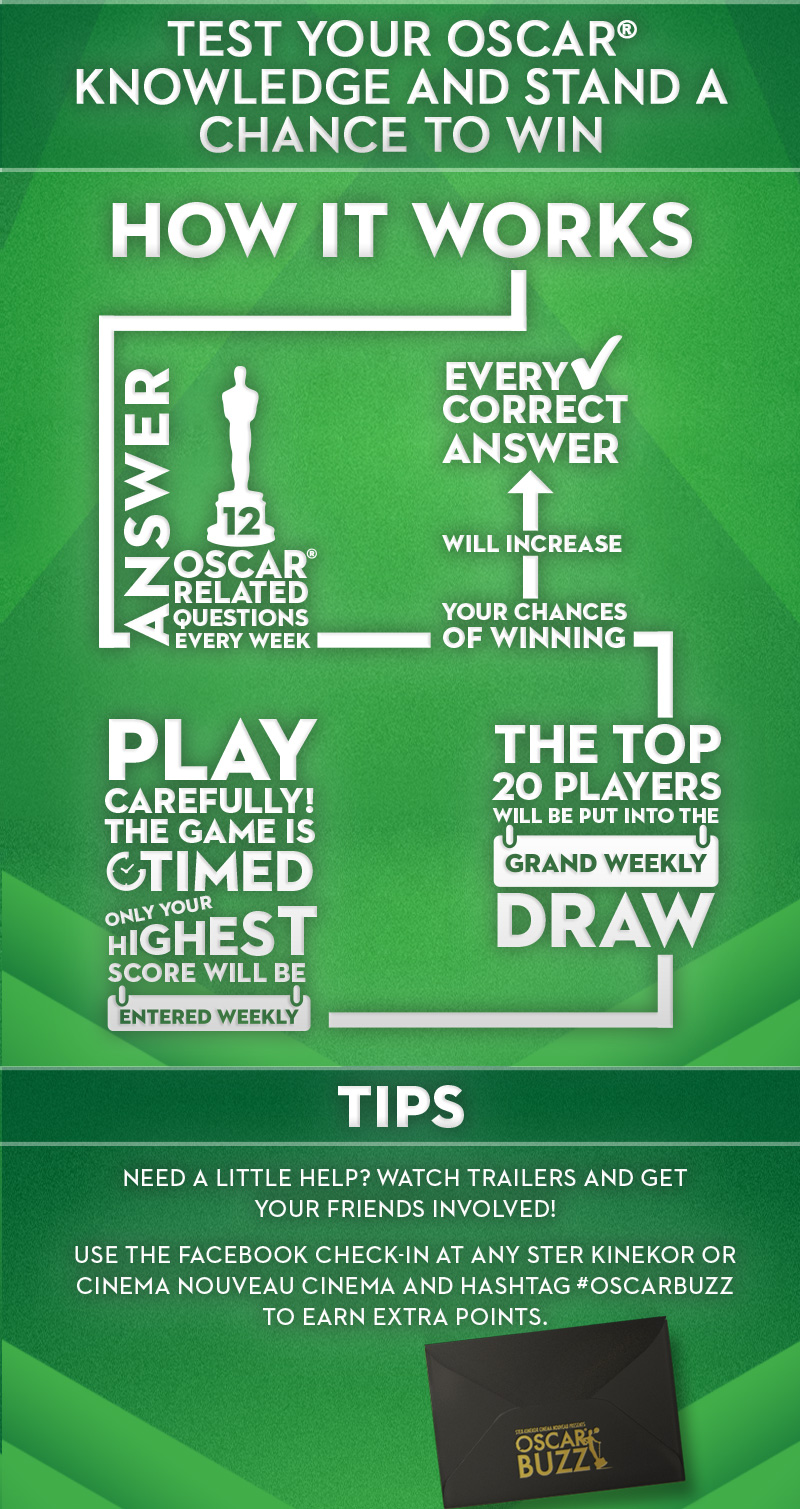