Seems like the backpack hustle is steadily gaining momentum within the entertainment circuit. Just last week ZAlebs brought you our Sprayground backpack special with Da Les, who has been announced as their newest African ambassador.

The award-winning artist that is Cassper Nyovest has now also released his own range of backpacks, and they appear to be rather popular with his fans. 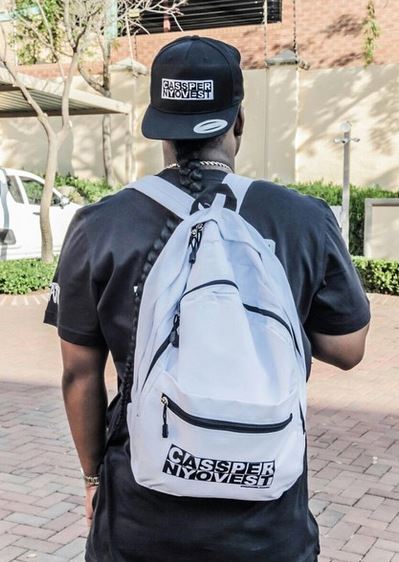 The white backpacks consist of the famous Cassper Nyovest trademark, which resembles the original Cartoon Network logo design. Though we’re not quite sure who the designer of these Cassper Nyovest backpacks is, it seems as though Cassper’s Family Tree team member, Bash Jameson, is the brain child behind the new project.

Since Cassper has revealed his backpacks, many of his fans have enquired about where they can get a hold of this fresh new product on the streets.

From bucket hats, to t-shirts, and now backpacks - it’s always great to see artists capitalising on their own brands in different ways. So what could be next for Cassper, CN sneakers perhaps?