It's one thing to speak out against something, but it's another thing to go out there and make a difference. That's why we commend celebs like Nandi Mngoma, DJ Sphectacula, DJ Tira, Euphonik and others for supporting the march against xenophobia in Durban today.

We're seen a lot of people's opinions on social media. Yesterday, Dineo Ranaka even went as far as mentioning that she's ashamed to be South African.

She said some people's "hand-out" mentality has distorted their view on life. "Selfish, cold hearted, evil, cruel, disrespectful, uneducated members of South African society. So distorted that people must die such brutal deaths because you have an issue with YOURSELF. Because YOU FAIL to be the change you want to see in YOUR LIFE. Most of you don't even have passports. You have never travelled outside the township that raised you, and NO a trip to JHB CBD for cheap shopping is not travelling. You, yes, YOU racist black person are pathetically uneducated. Even in things as simple as understanding that Africa is for Africans NOT just South Africans..."

People came out in numbers to show their support to those affected by these terrible attacks and to try and put a stop to the ongoing violence. 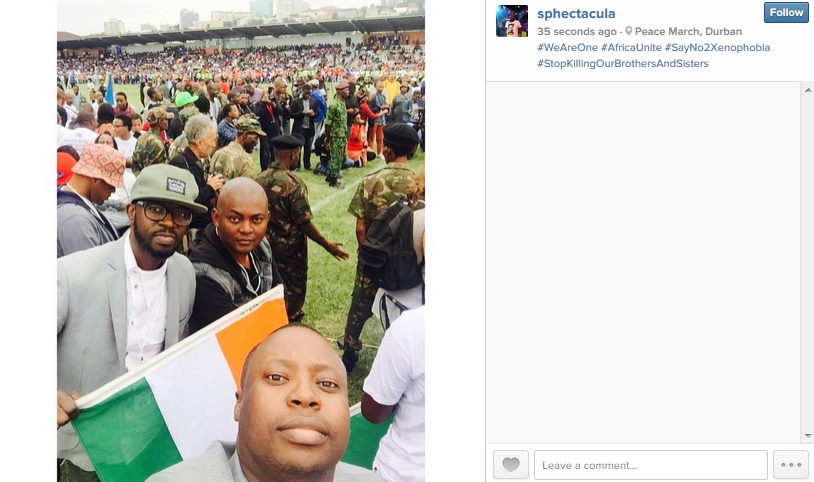 The #PeaceMarch began at 10am and you can keep up with the latest below.